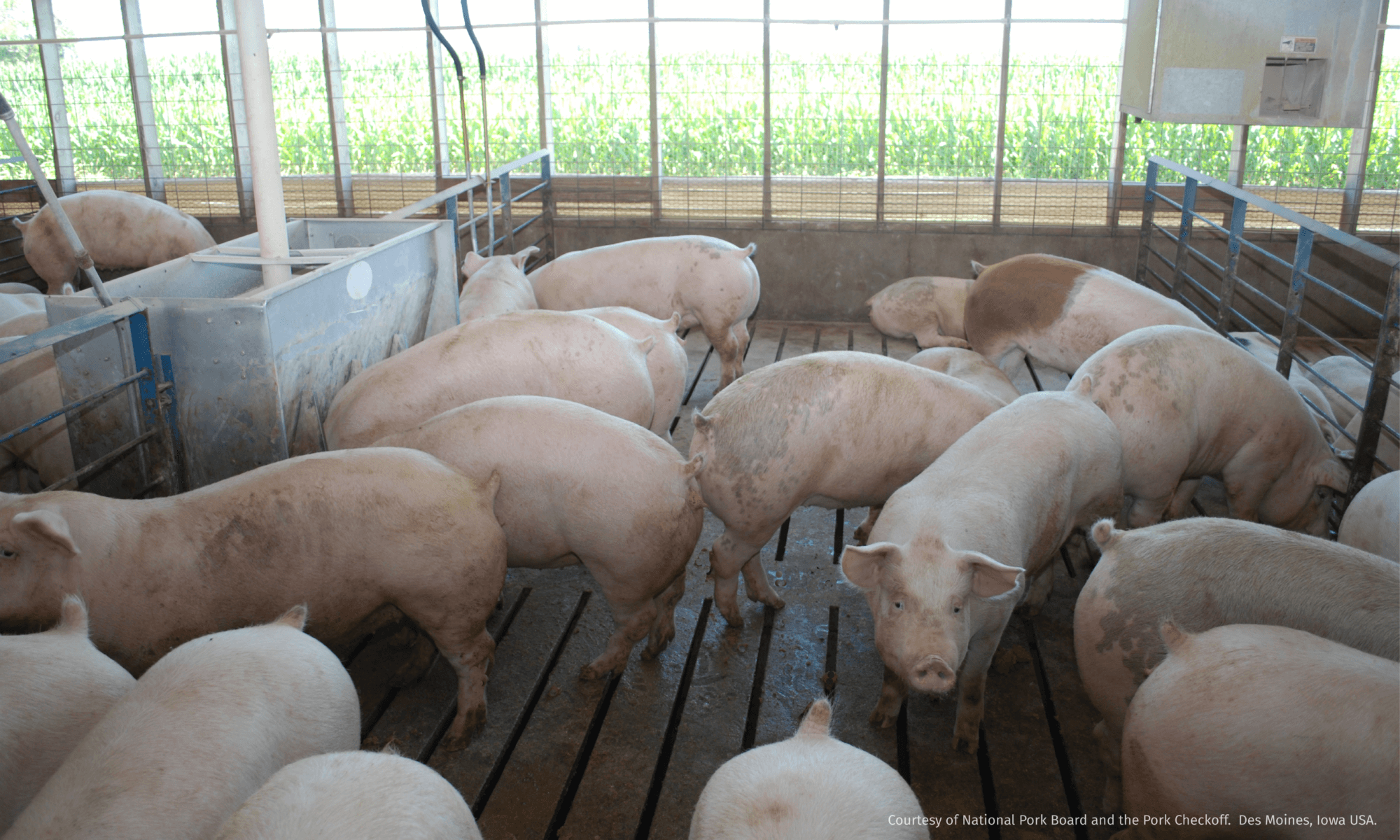 While biosecurity remains the best option for managing Actinobacillus pleuropneumoniae (APP) outbreaks in swine finishing barns, the recent APP outbreaks in the Midwest has spotlighted biosecurity gaps in this phase of production, according to Swine Vet Center veterinarian Dr. Ethan Spronk.

APP is a gram-negative bacteria that requires swine as its host. There are 15 known serotypes, with serotypes 1, 3, 5 and 7 the most common, Spronk said, noting that serotype 15 is a newer strain currently challenging the industry.

Clinical signs of APP include sudden death in finishing hogs, especially in the mid-weight to early marketing periods, with occasionally bloody discharge from the nose. Prior to death, pigs experience respiratory distress, open-mouth breathing or gasping for air. On necropsy, lungs are found with dark purple abscesses with adhesions. Death is often caused by cyanosis – decreased oxygen supply to tissues – from the adhesions and abscesses in the lungs, Spronk noted.

APP develops very quickly once it starts, he said, and it is usually set off by a stress event – poor ventilation, high outside temperatures, other viral or secondary challenges or outbreaks, as well as sorting and/or loading for marketing purposes.

APP is spread on fomites, such as all the equipment – i.e., boots, coveralls, sorting panels, shockers, etc. –used for sorting/loading or mortality removal, he said.

Treatment of APP is a whole-herd or pen antibiotic injection, Spronk said, noting that products that have been the most successful include enrofloxacin (Baytril® or Enroflox®), tulathromycin (Draxxin®) and ceftiofur (Exenel®/Naxcel®). See product labels for use directions, etc.

There are also autogenous vaccines that offer cross protection among APP strains, he noted.

The recent APP outbreak is focusing attention on finishing unit biosecurity, Spronk said, explaining that due to porcine reproductive and respiratory syndrome (PRRS) and porcine epidemic diarrhea, a high degree of attention has more typically been placed on sow farm biosecurity, but finishing barn biosecurity practices haven’t gotten the same attention until now.

At least nine central Iowa pork production systems have been affected, but there doesn’t appear to be a common link among the systems. Iowa State University has been diligently seeking to better understand the epidemiology of the current outbreak as it seems to be moving differently through pork flows compared to prior outbreaks with more lateral breaks versus the usual sow farm flow outbreaks.

One concern identified in Iowa, Spronk said, was the presence of rendering trucks on affected premises, or epidemiological links were identified to positive sites that did have rendering trucks, a common service provider or marketing crew.

These findings highlight the need for good biosecurity on swine finishing sites, Spronk said. Barns should be set up with a “clean/dirty line” at entry, and personnel should wash hands and change boots and coveralls on entry to a barn. When doing chores in barns, personnel should think through how they move through the barns, working the smallest, healthiest pigs first and moving toward the oldest pigs, he added.

Separate equipment and clothing should be used inside the barn when removing mortalities, with dedicated sleds/carts outside the barn to move dead animals to the rendering box. Mortality collection points should be far enough away from buildings to avoid the potential for cross traffic with where the rendering truck would travel, Spronk said.

He suggested that adopting composting or incineration could be better options for mortality management instead of rendering to avoid disease spread, especially as the industry considers the potential for foreign animal diseases such as African Swine Fever (ASF).

Spronk noted that if producers experience sudden or high death loss in their finisher units, it is important to contact a veterinarian because it is critical to determine which disease(s) are present. While ASF has a different pathogenesis, it shares some visible symptoms with APP, so it needs to be ruled out. Also, PRRS and influenza can be coinfections with APP that can trigger an APP outbreak.

According to Spronk, in the past, APP would have been flow dependent, so on an APP-positive sow farm, those pigs would get exposed in the farrowing crate and then when a stressor hits them in finishing, a disease outbreak would occur. A lot of systems moved to eliminate the virulent APP strains because outbreaks would be so costly producers couldn’t live with them.

Depopulation is the best way to clean it out completely, he said, noting that the cost of medication programs to control APP is expensive, so removing the positive sows from a system is the better option.

APP has been extremely costly to the industry, with the highest value mortality happening right before marketing. Once it gets into a system, it is harder to stop APP, Spronk concluded, leaving the best option to be prevention through good biosecurity and keeping the disease out of a pig production system.