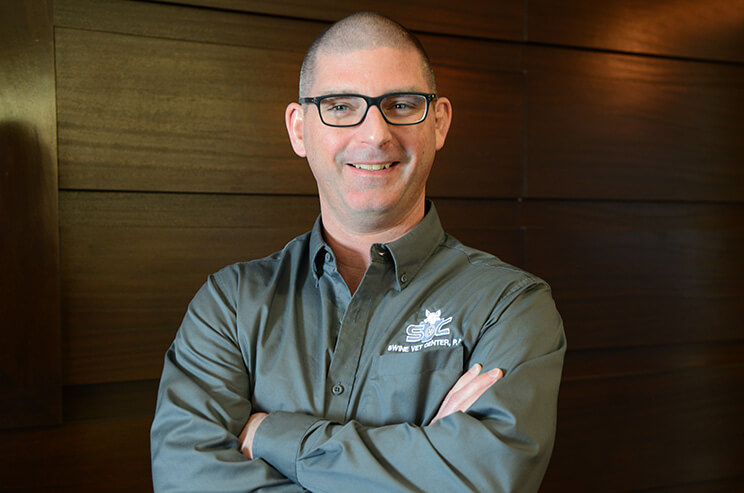 Since 2006, Brad has worked at the Swine Vet Center (SVC) covering most areas of pork production, disease prevention and grower training. Raised on a Forest City, Iowa, hog and crop farm, he knew when he was young that he wanted to specialize in swine.

Brad went to Iowa State University for his undergraduate degree and to its veterinary school for his Doctorate of Veterinary Medicine, which he earned in 2006. At the same time, he also received his MS in veterinary microbiology.

Through family connections, Brad was familiar with SVC before starting to work there. “They had a good reputation, and I knew personally one of the swine veterinarians,” he said. “Plus it was relatively close to home so it was a good fit.”

One part of his work at SVC Brad particularly enjoys is conducting research. SVC received research grants for porcine reproductive and respiratory syndrome and influenza, and Brad conducted the trials.

The couple are new parents of a baby son and live in Albert Lea, Minnesota.