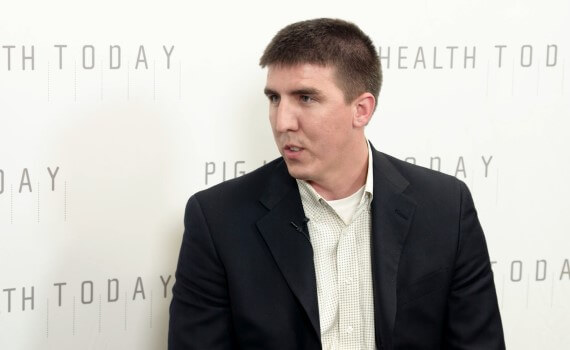 Nothing grabs the attention of a grow-finish unit and its veterinarian faster than an uptick in mortalities.

“Grow-finish mortality is one of the biggest things we deal with on a day-to-day basis in the pig veterinary world,” reported Ryan Strobel, DVM, veterinarian with Swine Vet Center.

“A total of 5% to 6% wean-to-finish mortality is a very achievable goal that can be consistently done,” he said.

First ‘put out the fire’

While all grow-finish units experience some mortalities, Strobel says most units set up indicators to signal when mortalities are higher than normal. An indicator may be anything over 0.2% mortality or 5 deaths per day in a 5,000-head facility. An increase in either indicator prompts a call to a supervisor or veterinarian.

“The first thing we do is put out the fire,” Strobel explained. “If we have an uptick in mortality, we want to handle that right away, whether that’s spot treating, water medications or feed medications.”

Farm supervisors are trained to perform necropsies and text photos of the animals to Strobel for an immediate look.

“You’ve got to make a medication decision right away if there’s a huge uptick in mortality,” he said. “I’ve got to make a tentative diagnostic estimation, based on what I’m seeing on necropsy.”

Medication decisions are followed with confirmation from a diagnostic lab.

Once an outbreak is under control, Strobel says they next look at how to prevent it from happening again. Maybe there was a biosecurity breach, an environmental issue or feed problem.

“Then we…put together a flow plan,” he added. “Is this flow out of this sow farm X always having scours 5 days in? We need to prepare for that by adding a different feed antibiotic or a different wean shot. [We are] always putting together the puzzle.”

Streptococcus suis has become one of the more frequent causes of grow-finish mortality, especially in very stable systems, according to Strobel.

“We’ve got some clients who have been very successful with an autogenous vaccine,” he said. “They take isolates of that strep and implement it in their pre-farrow shots and [sometimes] piglets.

“Some people take the medication approach…by giving an antibiotic shot at processing and maybe again at weaning, and again trying to run meds in the nursery water.

“We’ve found that a few times too many we’re keeping those pigs too clean,” he added. “In some systems we end up just delaying that break until the end of the nursery where it’s probably better to have it happen a little bit earlier.”

Setting up a good system to spot early problems in grow-finish and putting a plan in place to prevent high mortalities will help hog systems keep mortality levels under control.