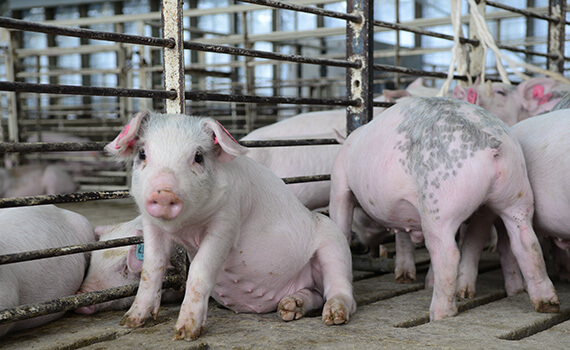 When faced with the COVID-19 crisis, some producers made the most of the situation by depopulating to get rid of disease issues, according to Paul Yeske, DVM, Swine Vet Center, St. Peter, Minnesota.

“People looked at ways to take advantage of these opportunities to improve the health status of herds,” Yeske explained. “Certainly, market prices had a major impact on us…The question often asked was, ‘Are you better off to lose less?’ Many people were frustrated dealing with sick pigs that were unlikely to be profitable.”

In budget models, eliminating disease pays off for hog farms. Even modest changes in overall productivity add up, Yeske said. For example, a 1,000-sow farm undergoing a disease elimination for porcine reproductive and respiratory syndrome (PRRS) returned an extra $13 per pig or $420 per sow to the bottom line.

A herd closure used to stabilize health is a much cheaper route for clean-up. Yeske said the cost of a closure ranges from $1.50 to $3 a sow with payback in 1 to 3 months.

While the cost for depopulating is high, it is successful. “Depopulation is a time-honored method for improving health status,” Yeske said. “It works very well for a number of different diseases. When executed properly, it is nearly 100% effective.”

Many herds were dealing with tough strains of PRRS, leading to death loss downstream in commingled pigs. Other health problems like mycoplasma also were present.

“We know sow herds are very likely to perform much better than previously when they start with a healthy herd,” he said. “The new pigs beat the old pigs to market before we’re done.”

This was also a good time for farms to correct parity-distribution imbalances and to make genetic changes.

But repopulation during COVID-19 was very different. Yeske said this was the first time he’d seen clients depopulate and then wait to repopulate. Some farms were even “mothballed” indefinitely.

“Repopulation is always a bit of a challenge,” he added. “Timing is always the hard part. If you start too late you miss the higher markets, and if too early, you lose too much money before you get a chance to profit from the decision.”

“The farrow-wean farms can be stabilized, and no other pigs brought on site,” Yeske said. “It allows the site to develop good, solid immunity. Then we empty wean-finish sites and do a repop on each of those. It’s the old ‘load, close and homogenize’ system.

“What we’ve learned over time is we can do it without losses in production,” he added. The herd closures are good options for diseases like PRRS, mycoplasma, influenza, porcine epidemic diarrhea virus, transmissible gastro-enteritis, etc.

A different method used by a few hog farms was closing the herd and not loading it. “It accomplishes the same goal of improving health but with less pigs in the system,” Yeske said. “It may not affect the numbers as much as you think.”

Some producers created a hole in production to allow a herd to clean out and reduce numbers in the system, he explained. Farrowing was left empty while stabilizing disease.

Other producers euthanized pigs to create a hole in production, reducing numbers and allowing pigs to stabilize. They purchased high-health pigs to replace inventory.

Some hog farms made adjustments to weaning age during the COVID-19 crisis. Yeske said these farms were using a 19-day weaning age, but it wasn’t working well. After returning to a 21-day weaning age, the sows performed better with more born live, a shorter wean-to-first-service time and better farrowing rates. The pigs also were easier to start on feed and posted a better average daily gain.

Other farms took the opportunity to convert to batch farrowing. Synchronization products available today make this production model more successful than in the past.

“The advantages to batch farrowing are on the wean-to-finish performance,” Yeske said. “You can run all in, all out by site and can run bigger sites. It improves average daily gain and mortality. You can make a small farm perform like a large farm.”