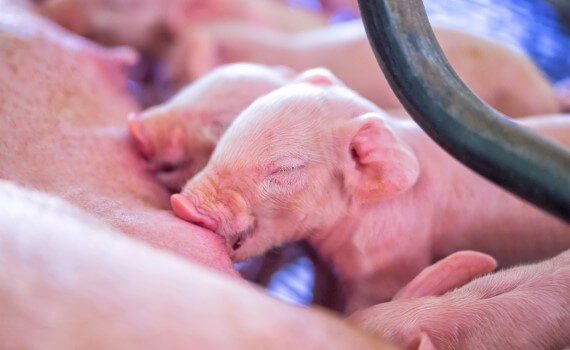 Herd closures to eliminate porcine reproductive and respiratory syndrome (PRRS) are on the increase due in part to the virulent variant identified as PRRS 1-4-4 L1C.

“PRRS 1-4-4 L1C has hit people hard,” reported Paul Yeske, DVM, Swine Vet Center in St. Peter, Minnesota. “The elimination process for this variant is what we’ve done for all PRRS viruses, and the program has been very successful at getting the herd to make PRRS-negative pigs.”

Yeske offered suggestions for a successful herd closure to eliminate PRRS from a farm.

The first step is increasing gilt inventory to cover the full closure time, which typically runs 210 to 240 days, according to Yeske.

“If there’s an on-site gilt developer where the farm is getting the gilts as Isoweans, they already have 6 months of gilts and only need to increase capacity for a couple months,” he said. If the farm has no on-site gilt development, they must either find another site to hold these animals or be able to fill the space available and live with the current inventory.

Just prior to closure, Yeske recommended implementing a feedback program that’s given to all sows and gilts to provide scour control for 6 to 8 months of the closure. “A lesson learned from PED (porcine epidemic diarrhea) was that we can help ourselves on scour control by doing a whole-herd feedback at the beginning of a herd closure,” he said.

Herd closure begins when sows are exposed with serum collected from the farm site. This occurs after the sow herd has recovered from the initial break and are eating and feeling good again. Some farms even wait until all replacements are on site.

He suggested following up 3 weeks later with a statistical sampling around the site to confirm the herd is positive. Make sure to obtain tests from all barns to ensure all animals are positive going forward.

“The injections start the clock ticking for 240 days and maybe longer, depending on how testing goes,” Yeske said. “Essentially, we wait for time to allow immunity to develop and shedding from sows to decrease.

“The theory is the virus will shed for a period of time, and the immune system will clear the virus from the sows,” he explained. “Since there are no animals in the herd that can be infected, theoretically the virus should die out on the farm, allowing for negative replacements to enter and not become infected.”

Throughout the herd closure, Yeske said the farm should focus on cleaning and disinfecting rooms, hallways, loadouts and any place weaned pigs move. Also, movement between litters should be minimized, and staff should be diligent about changing boots and coveralls when going back to handling young pigs. They should always work from youngest to oldest pigs, and change and clean up before going back to younger pigs.

After 10 to 12 weeks of closure, collecting and testing piglet processing fluids begins, which will indicate the level of viremia in piglets. “Are we still positive or are we going negative?” he said. “We watch the Ct (cycle threshold) values and hope to see them go up. A lower number means more virus in the sample.”

Yeske recommended using processing fluids because samples are relatively easy to obtain, and it is less expensive than other testing methods. Plus, it essentially tests all piglets in a pooled sample, he added. Most farms pool a week’s worth of samples to reduce cost, yet still monitor to see if the herd is progressing.

When processing fluids start testing PRRS-negative, then piglets should be tested at weaning to see if they have remained negative through lactation. At this point, processing-fluid samples should be tested by room or day to help isolate the positive locations.

“The other option is to blood test the poorest-quality pigs, 30 to 60 a week or month, to establish if pigs are negative at weaning,” he added.

When to open herd

“What we’ve seen is 210 days is the sweet spot for herd closures,” he said. “We tried 180 days and didn’t have good success. If you use 210 days, you have higher confidence that the herd is ready to take PRRS-negative gilts.

“And if you don’t get the piglets testing negative at 210 days, then we just wait. That’s when some people go to 240 days or longer. Remember, time is your friend in elimination programs versus ending the closure too soon.”

Once the closure is finished, the final step is repopulating. If a genetic supplier for a farm with an on-site gilt developer can provide a staged population, Yeske recommended refilling the gilt developer that way.

If only weaned pigs are available from the supplier to repopulate the herd, the farm will need a clean place to raise clean animals. “That’s a potential limitation, and you must think about that going into an elimination,” he said.

“Overall, the process of PRRS elimination is relatively inexpensive. And it’s been able to push the field virus out of herds,” Yeske added. “Some farms in pig-dense areas will maintain a vaccination status. They will be negative to the field virus but have a PRRS vaccine to have some herd immunity in case of a new virus exposure.”