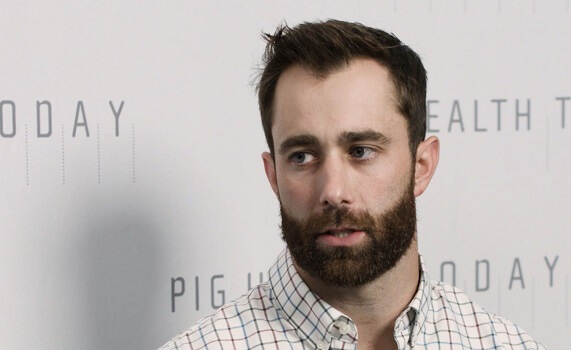 The Seneca Valley virus (SVV) is proving to be something of a test case for swine producers’ and veterinarians’ preparedness for foreign animal diseases (FADs).

While SVV is not an FAD, nor does it pose a harsh economic penalty for infected herds, the virus does produce lesions on the pig’s snout, feet and coronary bands that are indistinguishable from FADs, particularly foot-and-mouth disease.

“There were zero reports of lesions at the originating pig sites, which involved five different states — Kansas, Minnesota, Iowa, Nebraska and South Dakota,” Schwartz told Pig Health Today. “So, either the pigs at the site were never infected or they were infected and the lesions healed relatively fast and we all missed it.”

There is much still to be learned about the virus — the transmission route, infectious period, risk factors, biosecurity effectiveness and more. But hog transport trailers are one suspected route of bringing SVV back to the farm. The linkage has been evident with market hogs as well as some sow-herd cases.

“We learned with the porcine epidemic diarrhea virus (PEDV) that it was not uncommon to have trailers arrive at the packing plant negative for PEDV. But when the trailer left the plant it was positive,” Schwartz said. “Then we drag the virus back to the farm.”

Although the exact steps to prevent SVV from entering a production site have not been scientifically confirmed, for now the best defense is to step up truck and trailer biosecurity protocols. This means wash, disinfect and dry the trailer between every hog transport.

“We don’t know if the thermos-assisted drying process is able to kill SVV, but we know it works quite well for PED and the porcine reproductive and respiratory syndrome virus,” he added. That essentially involves heating the trailer to a surface temperature of 150° F to 160° F for a period of time, say 30 minutes.

“As an industry, we talk about being prepared for an FAD; we talk about vaccine banks and many other strategies,” Schwartz said. “But part of that discussion needs to include how we manage our hog trailers in a way that would slow down or reduce the contamination risk in the event we did get an FAD in the US.”