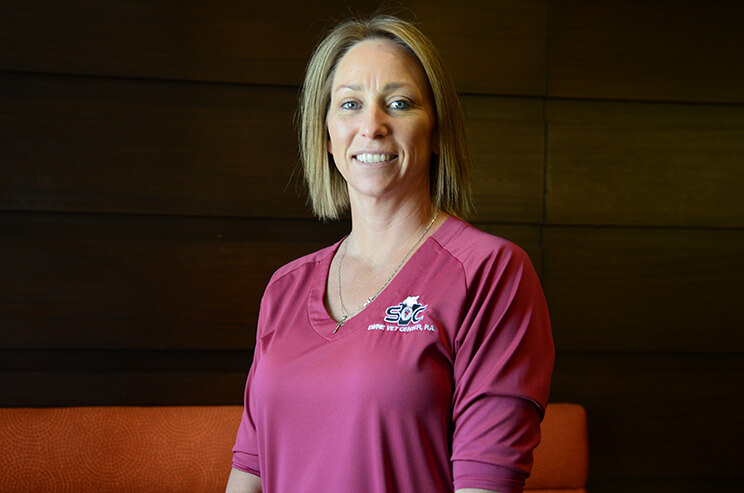 The virulent porcine reproductive and respiratory syndrome (PRRS) variant identified as PRRS 1-4-4 continues its destructive march through hog farms, even in the heat of summer.

The PRRS variant first struck herds in Minnesota and northern Iowa this past winter, and while producers and veterinarians hoped it would calm down in warm weather, latest data suggests things aren’t so simple.

“Even when it was 99°, we were getting calls about PRRS breaks,” reported Laura Bruner, DVM, with Swine Vet Center in St. Peter, Minnesota.

Alarmed by the continued PRRS 1-4-4 outbreaks, Bruner surveyed her peers of 15 veterinarians in the US to understand the variant’s reach. She was shocked by the results.

“In just over a month during the warm time of the year, we had 107,000 sows break with PRRS 1-4-4, and I believe that is an underestimation,” Bruner said.

“When you talk to practitioners about it, they have farms breaking with the variant that have never broke with PRRS before, and for some farms it’s been decades or never.

“Also interesting is how many nursery breaks there are,” she continued. “I can count on both hands in my career how many lateral field infections have happened in the nursery. It has caused more mortality and makes these nursery pigs quite a bit sicker than what we have seen other viruses do in the past.”

Another unusual detail of these outbreaks is the consistency of the PRRS 1-4-4 variant.

“Historically, if you have a sow-farm break, you call another veterinarian and compare sequences,” Bruner explained. “Rarely do they match. But with this one, it’s frequently over 99% to 100% a match. I had one farm in southern Minnesota that was a 100% match to a PRRS virus in northern Minnesota.”

Armed with her PRRS 1-4-4 survey results, Bruner sought help from Cesar Corzo, DVM, at the University of Minnesota. Corzo works with the Morrison Swine Health Monitoring Project, which monitors the incidence of swine disease such as PRRS. He set up a meeting at World Pork Expo (WPX) with other veterinarians and swine disease researchers to discuss the PRRS variant.

“My purpose of getting that meeting together was to collaborate and learn from each other,” Bruner said.

“We’ve learned we don’t know everything about PRRS, and specifically this virus because it does seem to be different. It is a game changer, just like PED (porcine epidemic diarrhea) when it arrived.”

Bruner hopes new research discussed during the WPX meeting will shed light on the variant’s unusual virulence. But for now, collaboration among practitioners will help fill in answers.

“We need to go all the way back to the beginning and ask: Do our normal biosecurity practices work? Does our normal disinfection work? Do the filters we use today work? What’s different?”

With the variant’s threat to hog farms, Bruner recommends producers use this as an opportunity to improve biosecurity on the farm.

“Take a hard look at your biosecurity for any weaknesses and get them corrected,” she said. “We need to be looking at all the major inputs into the farm like people, feed, water and air as a source of infection.

“We are unsure of feed as a route of entry and haven’t done research on PRRS specifically in feed. I think it is worth considering a feed mitigant for sow farms and gilt-development units. We know that there are ingredients that provide a better environment for virus survivability than others and those need to be investigated.”

For farms that broke with PRRS 1-4-4 last winter, Bruner said it is still too early to know if the virus leaves the farm or if it will be difficult to eradicate.

For more information about PRRS 1-4-4, visit: