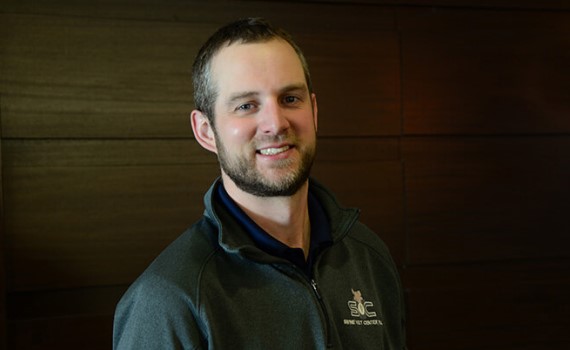 Biosecurity ranks high on the list of concerns for swine veterinarians who want hog units tightened up to reduce disease. But the cost of new improvements can be overwhelming, according to Jordan Graham, DVM, MS, Swine Vet Center in St. Peter, Minnesota. He recommends reframing the question to what’s the cost of not making biosecurity improvements.

“It’s pretty easy for us veterinarians to walk into a farm and say here’s the 10 things where we have gaps in biosecurity,” Graham said. “Some of these measures are…costly. What we have to weigh is the cost of not implementing some of these things, especially in this part of the world where disease breaks are fairly often, given our pig density,” he continued.

“A lot of producers have learned how to function in that world of ‘I had a disease break and I learned to manage through it.’

“We try to monetize those disease breaks and say, if we could reduce that break, what could we gain back in production? But I would take it one step further and say what are you missing out on by preventing these breaks?”

Since there are many biosecurity options, Graham suggests producers first create a list of improvements needed for the farm and the cost of each. Rank this list by importance and keep it on file.

“Having that list with expenditures and stack ranked ahead of time helps us better prioritize when we go into a period [with] capital to expand on some of these,” Graham said.

One of the most expensive but effective biosecurity improvements is air filtration. But there are plenty of other biosecurity options that can make a big impact on the health of the farm.

For example, ultraviolet (UV) chambers to disinfect small supplies and lunches going in and out of a farm are very effective, he said. The chambers are relatively inexpensive and easy to use. Even a homemade UV chamber works well.

Another example where an improvement can make a big impact is mortality removal.

“It’s a big issue on a lot of farms, especially older farms that aren’t set up to get sow carcasses out of a sow farm in a biosecure manner,” Graham said. “The dead drop or door…comes into contact with rendering or composting equipment, which is contaminated.”

Instead, he recommends setting up a system where the sows and other mortalities are physically out of the farm for the dead drop.

“How do you foster that culture of biosecurity on the farm? It starts from the top down. People will act by example. If they see the owner come onto the farm and they’re not obeying the biosecurity rules that they have in place, you can bet they’re not going to do it when they’re not there.

“Putting a protocol in place is fantastic, but if we’re not auditing to that expectation, it will not get executed on a consistent basis,” he added. “The staff will understand that it’s important [enough] that you will be monitoring the processes you put in place.”