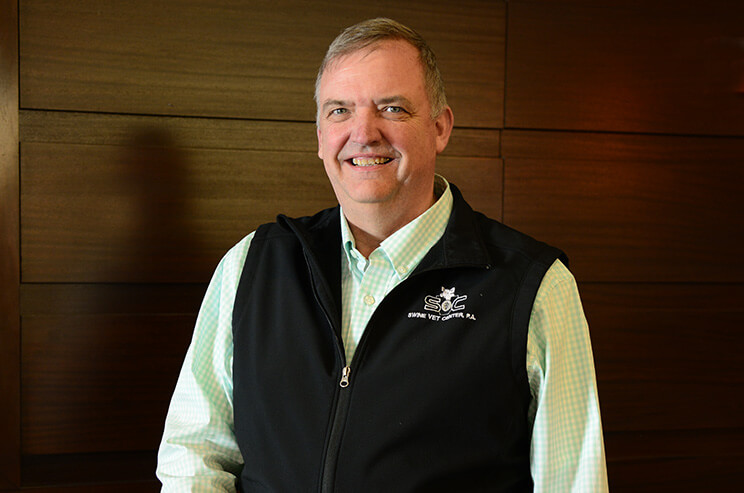 Pork producers learned many lessons during the COVID-19 crisis, including how to improve herd health.

“The goal was, how can we do something to help us on the back side of [COVID-19]?” related Paul Yeske, DVM, Swine Vet Center, St. Peter, Minnesota. “Our thoughts were, is there any way we can help farms come out of this healthier?

“We had to do some depopulations anyway, and could we do something that might improve the health status long term for the herd and hopefully for the industry?” he explained.

Yeske already had plenty of experience with disease elimination programs. He figured they could use those methods with some new options to help producers attain better herd-health status when the crisis was over.

Typically, depopulation is planned to target specific diseases, but it can eliminate other herd problems, too.

“You can also make a genetic change,” Yeske said. “If you’ve got a bad parity structure or a bad parity distribution, you can handle all those things with one process. That’s the advantage of depopulation. The disadvantage is it takes a while to come back into production.”

During COVID, some producers delayed herd repopulation to wait for a better market. Other producers decided to repopulate right away and purchased healthy pigs to get the herd up and running.

“Herd closures have been a very successful technique for porcine reproductive and respiratory syndrome (PRRS) mycoplasma and many of the smaller bacterial diseases that we deal with,” Yeske said. “We’ve been able to stabilize a herd.”

Herd closures work well in multiple-site production with farrow-to-weaning on one site and wean-to-finish on other sites. Once the site is totally exposed to allow herd immunity to develop and stop shedding, then new negative animals are brought back into the herd.

There were variations on this process, though. Yeske said some units did the load, close, expose and then downsized by not adding outside animals.

Another option used in this crisis involves emptying an entire farrowing barn at once to break the transmission of disease.

“We always have multiple stages of pigs in most farrowing houses, particularly the weekly systems,” Yeske said. “We empty out the farrowing barn like we do in a batch system to help break the transmission chains for influenza, PRRS and some of those. This helps speed up the process.”

This option works well for farms in a herd closure but still experiencing disease shedding in farrowing or want to speed up the process. Completely emptying and disinfecting the farrowing building breaks the disease cycle.

Some farms used this time to transition to batch farrowing because it reduces the number of animals in the system, Yeske said. “They might have waited a little longer to go there, but it was a good opportunity to do it.”

Other farms increased weaning age. The goal was to produce a little older weaned pig that is more stable when it moves to the wean-to-finish facility, he explained.

Deciding when and how to clean up a herd has always been a difficult decision. “And in stressful situations, it’s more challenging to make them,” Yeske admitted. “But certainly where some herds were experiencing some very difficult problems, it made sense.

“Long term, what we’ve seen out of the closures is that they’ll have a healthier pig on the back end. And for the depops, you hit the restart button.

“But you have to make sure you’re doing all the biosecurity things, too, as you come back in when you’re on the healthier side,” he cautioned.