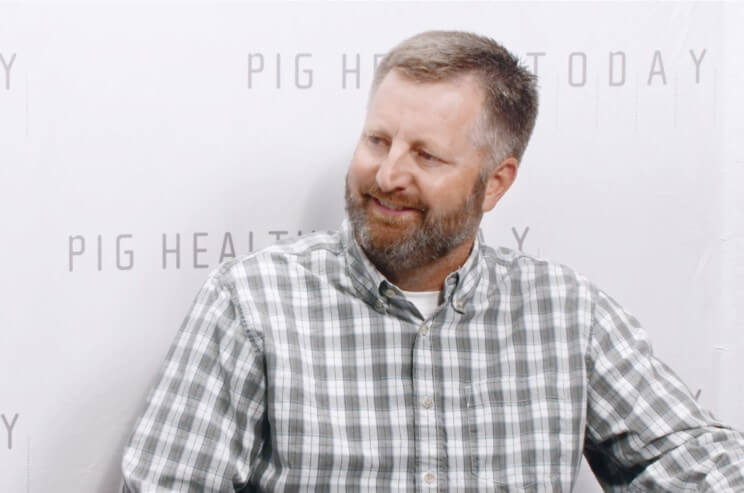 “With all the [PRRS] breaks we had last fall that continued into June…it’s an important time to start refocusing on biosecurity if you’re not already,” Feder said.

“And one way we’ve done that is to have a system of conducting audits on farms, whether you call it a filtration audit or biosecurity audit,” he added. “It is really a combination of those two things.”

During biosecurity audits on a filtered farm, Feder inspects all filters to determine if any need to be replaced. He also looks for air leaks, especially in negative-pressure ventilation systems where air is pulled through filters to prevent pathogens from entering the buildings.

“If you have not installed a shutter wall (double-shutter system) yet, I would also highly recommend this to prevent backdrafting of unfiltered air through inactive fans, and fans not used in the winter should be sealed,” he said.

Another big ticket item to reduce risk on filtered farms is pressurized loadouts to prevent unfiltered air from entering the farm while animals are being moved in or out.

Filtration on sow farms has gained ground since the first filters were installed 15 years ago. “Well over half the sows we work with [are filtered], and some large systems would be up to 100% of sows are filtered,” Feder said.

“There’s getting to be more interest in filtering wean-to-finish and finishing barns as time goes on, to protect those animals and also as a buffer to keep pigs clean that are [near] sows and boar studs,” he added.

Of course, biosecurity includes many other components including people, supply and animal entry.

“Another part of biosecurity is isolation of incoming animals if live animals are entering the farm,” Feder said. He reviews entry protocols, which include testing for pig health status.

“There’s been a lot of excellent research looking at ways…to reduce that risk, whether those are chemical mitigants, time or temperature mitigation,” he added.

Another biosecurity risk Feder and his colleagues are reviewing is manure pumping.

“There’s the risk that neighboring farms pose as they pump manure from potentially PRRS-positive farms,” he said. “But there’s also a risk to farms themselves as they pump. In filtered farms, that creates more risk as you open up and allow some unfiltered air to enter the farm.”

“I encourage people to work with their veterinarians and look at some sort of program to analyze biosecurity before getting into a high-risk time of year,” he added.