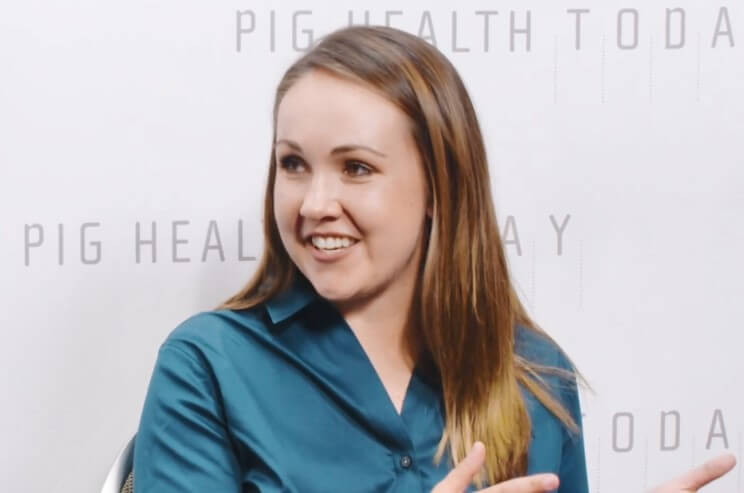 Some supplies are at greater risk than others. New supplies coming directly from warehouses probably won’t have a big risk of introducing pathogens. But if there’s cross contamination with other supplies or equipment traveling from other farms or housed at different warehouses within a system, she explained, it can be a cause for concern.

Kettelkamp detailed some of the updated biosecurity protocols for supply and equipment entry onto a farm.

Time with temperature is a simple way to disinfect items that are bulky or difficult to disinfect. Place the items in a segregated space and heat it to 100° F for 24 to 48 hours for removal of pathogens, she said.

Different fogging-type disinfectants may also work if a fumigation room is available. In addition, she said items can always be sprayed down or hand-wiped with disinfectant.

Maintenance tools shared with other farms in a system pose a much greater risk than new supplies entering a farm. “If tools have come from another sow farm or other swine operation, we know there’s been contact, and those items pose a risk, especially if there are pathogens associated with it,” Kettelkamp said.

She suggested a layered disinfection approach where a producer could utilize both time/temperature and disinfection, such as utilizing a fogging practice and layering that with spraying those items down.

Kettelkamp spent some time during her veterinary studies at the University of Illinois looking at fogging practices. Originally, she said, foggers weren’t very effective because producers didn’t realize the fogged disinfectants weren’t permeating the room and acting like a true fog to disinfect the items in the fumigation room.

“Items were getting stacked close together where the droplets couldn’t reach,” she explained. “The droplets were just rising and falling, like you hand-sprayed them, so the bottoms weren’t getting contacted. There was shadowing. Sometimes we forgot to put disinfectant in the fogger, so that was a big hiccup and obviously that doesn’t work.”

In her university work, she searched for what could be done to make these systems work better. She identified a dry-fog system from human medicine that distributes the disinfectant using a very small particle size. A traditional fogger used more of a fine mist.

However, a true dry-fog system isn’t currently available commercially to swine farms because of durability and ease of use. “Hopefully, we’ll develop that technology so it is more readily available on farm,” she added.

In the meantime, Hurricane foggers, operated at the lowest flow rate with a hydrogen peroxide/paracetic acid blend, can provide a 90% efficacy rate for disinfection.

People are creatures of habit, Kettelkamp said, so how can bad habits be broken or good habits be reinforced so good biosecurity practices are maintained? Even if there is a procedure list in place, it’s always good to have a third party or another person from the farm come in and check to make sure the staff is following these practices, she recommended.

As far as shoring up biosecurity, Kettelkamp said it depends on the farm. Overall sanitation is very important and should not just be something that is talked about maybe once a month or whenever the veterinarian visits.

“[Biosecurity] needs to be a true culture to keep everything in order, and that stems from the office into the hallways, and exudes out into how clean we keep the farm in general and protecting it from all sorts of biosecurity risks,” she added. “It’s also making sure our barns are up to date and making sure our loadout chutes are getting clean and all of those things.” 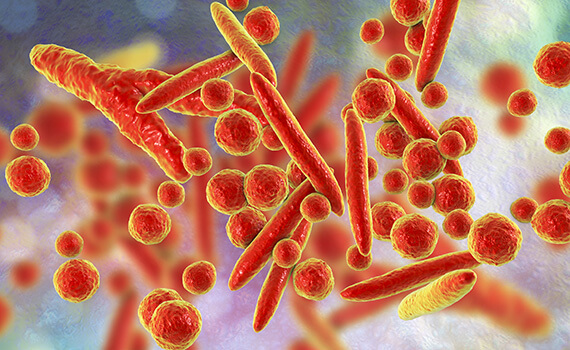 Paul Yeske, DVM, with the Swine Vet Center in St. Peter, Minn., has seen repeatable success with Mycoplasma hyopneumoniae (M. hyo) elimination, along with the downstream effect of lower cost of production, better average daily gain, better feed efficiency and lower mortality. He estimates the benefit of M. hyo elimination to be in the $3 to $4 range per pig, conservatively, with some herds seeing a benefit of as much as $10 per pig when other diseases are eliminated at the same time. Now, the relatively new protocol of fogging a barn may make M. hyo elimination even more attractive.

This technology came out of the frustration of trying to evenly and efficiently expose animals to the bacterium, Yeske told Pig Health Today. Fogging allows for faster exposure to establish “time zero” for elimination, so gilts can be stable by the time they enter the sow herd.

“That reduction of time for M. hyo to spread from animal to animal in a natural way is probably the biggest advantage,” he said. Previously, Yeske would use intratracheal exposure of seeder animals, but said, “It’s a lot of work and you still have slow spread from animal to animal. Fogging has been very successful for us, although it’s still new technology and there are some lessons to learn as we go forward.”

Fogging appears to be an effective method for M. hyo elimination, but Yeske said critical questions need to be answered on the technology:

“So far it’s been very good, even with the experimental method we’ve used, but I think there’s an opportunity for it to be better,” Yeske said, adding that, “We just need to support the researchers to do the difficult work to answer these questions.”

Yeske said depopulation/repopulation is the “tried and true” method that works every time but it’s also the most expensive. It’s difficult for people to invest the money unless there are other compelling reasons, such as additional disease challenges or parity re-distribution, he noted.

The herd closure model is to keep a herd closed (no new introductions) beyond 240 days, Yeske said. Hee recommends medicating the sow herd and piglets at the end of the closure, which allowed the pigs’ immune systems to help as much as possible. Timing varies, but this model has been the most successful and has had the least amount of impact on production.

“We’ve been in the 75% to 80% success rate over time and it’s been the most repeatable system,” he said. “Generally, mycoplasma elimination has been done in conjunction with other diseases, such as porcine reproductive and respiratory syndrome (PRRS). It just adds a little more time to standard PRRS-closure and you also get rid of the M. hyo,” he said.

Another method involves whole-herd medication, without a herd closure, but Yeske said the success rate is closer to 50% when medication is done without herd closure.

“If we do limited-herd closure (150-240 days) and then medicate at the end, the process has been more successful and closer to the long-term closure success rates,” he said.

Useful tool for control or elimination

Fogging may not be a silver bullet, but Yeske said it’s a useful tool for M. hyo control, “whether you’re doing ongoing control and acclimating replacements into the herd, or you’re looking at elimination. The technology is fairly inexpensive, so it’s about having your herd veterinarian help set up the program to make sure you’re doing everything the right way.”

Yeske is often asked how likely a herd is to stay negative if a producer goes through the Mycoplasma-elimination process, especially in pig-dense areas.

“We did some research two years ago and found that lateral introductions happen, but they are rare,” Yeske said. “We saw 94% of the herds stay negative, even in pig-dense areas.”

He recommended producers and veterinarians work on herd stabilization, with consideration given to elimination if other issues are impacting the herd.