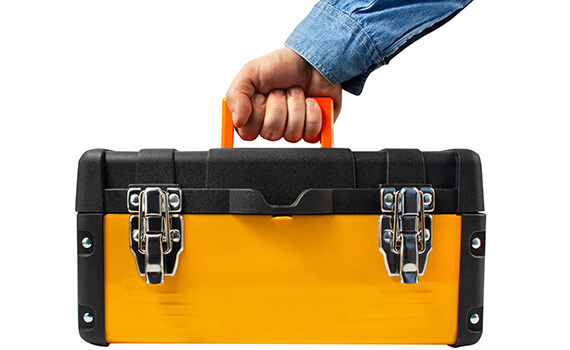 Hog farmers and veterinarians no longer have to accept the poorer performance that results from Mycoplasma hyopneumoniae (M. hyo) infection. Whether the decision is to control or eliminate M. hyo, there are numerous options and tools available, and the payoff is real.

Having completed his first M. hyo elimination in 2004 — a herd that remains negative today — Paul Yeske, DVM, Swine Vet Center in St. Peter, Minnesota, is a leader in the elimination effort. “There are a lot more negative herds today, but M. hyo continues to be a problem for the swine industry,” he said. “Compared to when we started, today we have the tools to succeed.”

He is quick to add that M. hyo elimination is not the only option; there is nothing wrong with committing to control or stabilization strategies within a herd.

“It does take time and effort, and you’re not always successful at ongoing stabilization,” he said. “You have to do things right consistently. You’ve got to be very committed to a gilt developer unit and have a strategy to uniformly and routinely expose replacements and that groups turn [M. hyo] positive. It’s a challenge.”

A range of options

M. hyo elimination and control programs do not rely on a standardized methodology. Rather the decisions are influenced by the operation’s goals, risk tolerance, timeline and willingness to commit to the required steps.

“You’ve got options,” Yeske emphasized. “There’s depop/repop, the Swiss method, herd closure, whole-herd medication programs, and even more are surfacing from them.”

Depop/repop is the fastest way to eliminate M. hyo, but it’s also the most dramatic and costly. Medication without herd closure can work but has about a 50% success rate 1 year out. “It’s a coin toss, but if you’re on the right side of that, it feels pretty good,” Yeske said.

Herd closure has evolved into the more reliable and moderate option, with a success rate around 86%. And, for herds already closed for porcine reproductive and respiratory syndrome clean up, M. hyo is an easy add-on, requiring just an extra 30 days for a total of 240 days. “I don’t think M. hyo elimination would have moved as fast without that,” he added.

The key to success with M. hyo is to secure a supply of negative replacement gilts, inoculate them and honor the 240-day shedding period. “We don’t want to be shedding at farrowing, so you have to work backward and expose those gilts by around 80 days of age,” Yeske said. That means it will not work to bring replacement gilts in at select weights and try to expose them to M. hyo; there’s just not enough time.

While the 240-day closure is critical today, Yeske expects that “as we go forward, we need to find ways to shorten that time frame, maybe with different medication strategies.”

Advances in diagnostics are among the big changes that have boosted efforts to address M. hyo. Serology used to be the only sample option. Today, there are polymerase chain reaction tests that can use multiple samples — tracheal/bronchial samples are the gold standard, and laryngeal swabs are easy to get. Oral fluids have limitations, but a positive test signals there’s a real problem.

Sequencing is a helpful tool today. “When we started, we didn’t sequence for M. hyo, but as time went on it became more feasible,” Yeske noted. “Now we can identify the sequence to see if we’re dealing with the same M. hyo before an elimination, so if there is a rebreak we can determine if it is a new one for the herd.”

Moving from intratracheal inoculation to aerosol/fogging inoculation has been a game changer. Not only is it effective, it’s much easier on pigs and people.

While biosecurity is not a new tool, it’s too important to overlook. “Even after you’ve done an elimination, M. hyo can still get around it,” he added. And oftentimes a biosecurity review reveals a need to refresh the basics.

Finally, there’s a lot of talk about filtered barns, and they have proven to be another useful tool. “Filters are a plus,” Yeske noted. “Today, so far in our practice, we haven’t had a filtered farm that has broken.”

Mortality associated with M. hyo is not the driving factor behind elimination efforts. Yes, there’s an impact, but it is not as dramatic as some other herd health challenges. So, why do people continue to work on elimination over time?

“At the end of the day, it’s all about pig performance and the return,” Yeske said.

A review of production records showed the impact of M. hyo was $3.60 to $5 per pig. The scientific literature cites a range of $2 to $10 per pigs. Yeske believes $5 per pig is a solid average.

He worked with Daniel Linhares, DVM, Iowa State University, on an economic model measuring return on investment (ROI), using a 5,000-sow farm and a $5 average cost for M. hyo. They also considered the costs of an elimination project and reduced revenues for a time. They found that the ROI for a herd closure was 3.12 months; for a medication program it was 11.36 months

“So, it’s pretty quick; it’s not a long time to stay negative to get your money back,” Yeske said. “That’s why we’re seeing interest in elimination.”

It’s all been an evolution that has developed better tools from aerosol exposure to the diagnostics to sequencing, Yeske noted. “There will be even more methods — new and different methods for the swine industry in the future. The evolution will continue.”