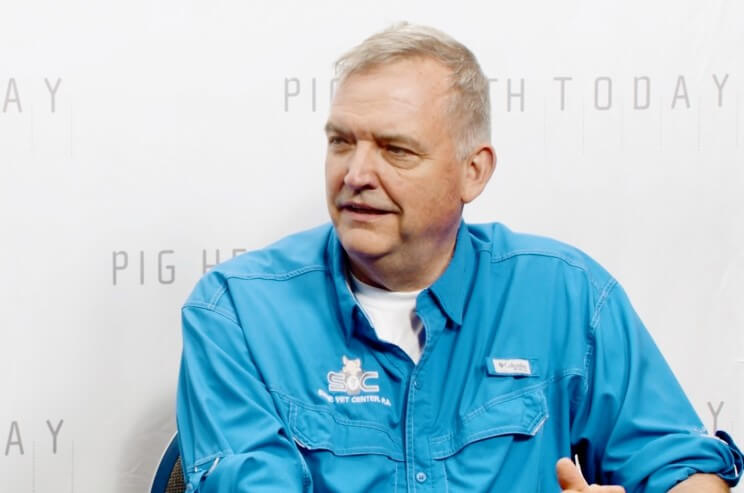 Over the past two decades, the swine industry learned how to eliminate Mycoplasma hyopneumoniae (Mhp) from herds without depopulation/repopulation, according to Paul Yeske, DVM, Swine Vet Center, St. Peter, Minnesota. Yeske has been at the forefront of the efforts to eliminate the respiratory disease for clients.

The move to eliminate Mhp from herds has “really picked up momentum in the last 4 to 5 years,” Yeske added in an interview with Pig Health Today. In fact, efforts are underway to work towards areas or regions in Minnesota that are Mhp-free, with the end goal being the elimination of the disease from the state.

When the industry moved toward high-health status sow herds, instability increased when Mhp-negative replacement animals entered positive herds and became infected just before farrowing, Yeske explained. Maintaining an Mhp-stable herd was a lot of work because the organism is very slow and takes a long time to infect animals and you must be deliberate in every step of the process. It also takes a long time for Mhp to clear from animals – up to 240 days. Gilt replacements need to be exposed by 80 days of age so they are not shedding the Mhp when they farrow.

As a result, many producers decided to eliminate it from their systems. Yeske noted that once a system has a good gilt-stabilization program, the herd is also set up well to go on to an elimination program.

“The herds we stocked that were negative from the beginning showed us the advantages of negative production,” he explained. “If you look at the literature, [the cost of Mhp] is anywhere from $2 to $10 a pig, and the average probably being in that $5 range. We know there’s a significant cost and a significant return.

In addition, eliminating Mhp takes away the “add-on effects” when a herd experiences other infections like influenza and porcine reproductive and respiratory syndrome (PRRS) which can be even more costly.

“Producers have taken the approach —  ‘let’s take one off the table because we can’,” he said.

Leading the work to eliminate Mhp from Minnesota is Maria Pieters, DVM, University of Minnesota. Yeske said the plan is in its early days but hopefully they’ll be able to get more herds involved and help reduce the potential for lateral risks of Mycoplasma spread.

“But it’s like any other voluntary program…there’s always going to be some period of time for adaption,” he said.

He doesn’t expect that in five years Mhp will be eliminated, but “hopefully at some point, I can still come back to the Leman Conference and say, ‘We used to have Mycoplasma‘.”