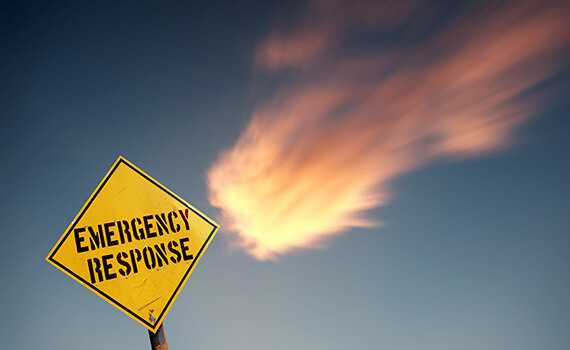 The emergency response to a possible outbreak of African swine fever (ASF) in the US stands ready for implementation, according to Beth Thompson, DVM, Minnesota state veterinarian and executive director of the Minnesota Board of Animal Health.

Thompson helps plan for potential foreign animal disease (FAD) outbreaks like ASF. She also must help implement plans when an outbreak occurs, like those for the avian influenza (AI) outbreak in 2015.

Thompson laid out the ASF emergency response plans to a group of Swine Vet Center veterinarians and pork producers. These emergency preparations are determined and then practiced during trial runs by the USDA, state boards of animal health and departments of agriculture.

The first step in an emergency response comes when a state veterinarian is notified of a suspected FAD. A specially trained state or federal FAD diagnostician is sent to the site and two sets of samples are taken.  One sample is sent to the University of Minnesota diagnostic lab and the other is flown to the federal diagnostic lab at Plum Island on the East Coast or to a new USDA lab in Manhattan, Kansas, that will open soon.

After collecting samples, FAD diagnosticians begin gathering information from veterinarians and staff about movement onto and off the property including vehicle traffic, biosecurity, employee travel, etc. for the disease investigation.

The university will send preliminary test results back first, but nothing can be made public until the federal lab makes a confirmation and releases the official results, which can be 12 to 15 hours later.

At the point of ASF confirmation, the USDA can initiate a temporary state, regional or national 72-hour standstill to all pig movement. Trucks hauling pigs should get to where they are headed and stay put.

“Then we try to figure out what is going on,” Thompson explained. “We’ve got a whole assortment of ways that ASF can be moving around. We have to look at feed mills, animal movement, and so on.”

The standstill may also include feed trucks, depending on individual states. States also may decide not to impose the 72-hour standstill in certain circumstances.

Depending on what is discovered during the standstill, plans for control zones, depopulation and disposal will be determined and put into action.

“To give you an idea of how this works logistically, during AI, I was part of the first initial response found in Polk County in late February 2015,” Thompson explained. “We went to Willmar on Thursday and quarantined the property. We got depopulation going and did surveys around a 10-km control zone (from the outbreak site). We went home on Sunday and thought we were all done. A few weeks later there were more cases.”

The response to the AI outbreak ballooned with cases erupting around the state. “In one day, we had 520 people working just on the response,” she added.

Thompson’s team is able to quickly ramp up when an emergency occurs. “The Minnesota Board of Animal Health has 44 employees. But the state department of ag has 400 employees, and we can also draw from additional resources within the state up to the National Guard,” she said.

Thompson also works with county and local officials to get more feet on the ground where outbreaks occur.

In addition to being prepared for an outbreak, Thompson said the board is working on education with pork producers of all sizes and types.

“We’ve got a large population of people who raise one or two hogs in their backyard for personal use so there’s a lot of education that our agency can get involved in,” she explained.

Minnesota also has a statute that allows permitted garbage feeding but with strict controls, including monthly inspections of the cooking equipment and trucks. Permits have been granted for two classes of feeders; Class A can feed food waste that contains or has been exposed to meat, and Class B can only feed food that’s never had contact with meat. ASF concerns are mostly tied to the Class A holders who generally service grocery stores and restaurants in the Twin Cities.

“I know there’s a lot of interest in this because of possible ASF transmission in meat,” Thompson said. “I support permitted garbage feeding because I know we can achieve a lot more for animal health through cooperation and collaboration than an outright ban of the practice.”

She added that the permit holders are well versed on safe garbage-feeding rules and have visited pork producer meetings to discuss their cooking processes.

While the state board of animal health will head up the response to an ASF outbreak, Thompson stresses that the entire industry must be involved to make an emergency response successful.